How to write an effective press release..?! 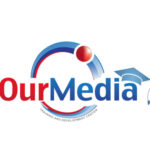 How to write an effective press release..?!

In the age of digital marketing, social media and short attention spans, it’s tempting to think that the press release has had its day. Not so.

Whether organizations send press releases to the media, stick them on their website or simply use them to ensure a consistent message across the business, the well-written press release is still one of the most useful communication tools.

So what exactly is a press release? And how do you write a good one?

What is a press release?

It’s important to know that while organisations use press releases to promote their goods and services, they’re not adverts. In fact, journalists are quick to spot organisations who dress something up as news in order to get free advertising.

Press releases are short, factual news stories written in the third person and given to the media to encourage editors/journalists/broadcasters to feature the story in their publications and programmes.

They can also be published on the originator’s website and in company magazines and newsletters. In these instances, the style is often changed from the third to the first person.

1. Make sure you have a newsworthy story

You need to have something new and important to say. If your client simply wants to promote a product or service because it’s not selling well at the moment, you can’t just write about its benefits as you would in an ad or brochure.

You (or your client) need to find a newsworthy angle.

Ask yourself why would people be interested in this product/service/business now? What’s new or different? What’s happened to make it newsworthy?

Like every other piece of effective copy, a press release should be written with a target audience in mind. However, with press releases, you don’t write directly for that target audience. You write them for the editor/journalist/broadcaster and you tailor them to the readership/viewers/listeners of that publication/programme.

The bulk of each tailored press release might be relatively similar but you’d write a different headline, opening paragraph and possibly quote for each media group.

Every press release should answer the six W questions (or more accurately, five Ws and one H) – who, what, where, when, why and how.

Let’s use a car dealership sponsoring a book festival as an example.

4. Use the inverted pyramid to structure the press release

Armed with answers to the W questions, you can now structure your press release using the classic inverted pyramid template. This enables you to present the most important information first.

You use this template partly because the media don’t have time to plough through why the world needs a new widget or how it was developed (they simply want to know whether or not your new widget is of interest to their audience) and partly because the template makes it easy to cut the story to fit the space available. No need to edit. Simply cut from the bottom paragraph upwards.

As is often the case in copywriting, the headline is crucial. Press release headlines not only tell the reader what the story is about, they are your sales pitch to the media.

The media use headlines to determine whether a story is even worth reading. If it doesn’t grab their attention, they’ll probably delete or bin the press release without even reading it.

The following examples illustrate what I mean. The first version is too ambiguous. The second makes it clear what the story is about.

Ambiguous: How green is our valley

So for our Maidstone Cars story, some headlines we might use are:

Ideally, you want your headline to say ‘someone/something does something worthwhile’.

6. Write in the third person

As you are not writing to your target audience directly, you need to write your press release in the third person. So “ABC Ltd has signed a £5 million deal with XYZ Ltd” not “We’ve signed a deal with…”

Also, you are not writing the story that might appear in the paper. You are writing it from your client /organization’s point of view.

For example, if you were writing a press release from Tesco apologizing to residents for the upheaval caused by the building of a new store, you wouldn’t write “Residents are up in arms over Tesco building works” – that’s what the paper might print. You write, “Tesco is taking residents’ concerns seriously and holding a public meeting on…”

7. Summarise the story in the opening paragraph

The opening paragraph complements the headline by giving a fuller explanation of what the story is about. The skill is in getting all the key information in without saying too much too soon. A good opening paragraph should be able to stand-alone. Think of it almost like a radio news bulletin.

8. Put the story into context

If you think of the first paragraph as ‘who is doing/has done what’, the second and third paragraphs go on to give you more detail and explain the ‘why and how’ behind the ‘who and what’.

For the ‘first 2,000 hours battery story’, you might go on to mention that while mobile phone technology has moved at an alarming pace, the batteries that power them have stayed the same for decades, frustrating users and manufacturers.

Your third paragraph could then give some detail on how the student developed the new battery, when we might expect to see it in use, how much it might cost, what effect it will have on mobile technology, etc.

9. Stick to one story per press release

If your press release has gone onto a second page, you probably have two or more stories. (Or you’ve padded it out with irrelevant, self-congratulatory quotes from ‘important’ people you’ve been told have to be included.)

Discipline yourself to recognize when one story ends and another one begins. And don’t weave a weaker story into your strong one. You will simply dilute the good one.

If you must add extra information, put it in ‘notes to editors’ at the end of the release. Or write a second press release.

Too many quotes are put into press releases simply to acknowledge the presence of a CEO, partner, sponsor, client, etc. There’s nothing wrong with having endorsements, just make sure they say something worthwhile.

“We are delighted” is the most overused phrase in PR. Not only does it state the bleeding obvious, it also adds nothing to the story. Quotes need to do one or more of the following:

Simply telling a child ‘not to lie’ does not work the same as telling them the story of George Washington and the cherry tree. Children 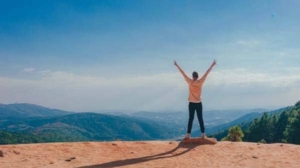 Seven steps to success in life

I read this book by Jeffrey J. Meyer giving you hundreds of useful ideas, methods and policies that will help you succeed in your life.

This website uses cookies to improve your experience while you navigate through the website. Out of these, the cookies that are categorized as necessary are stored on your browser as they are essential for the working of basic functionalities of the website. We also use third-party cookies that help us analyze and understand how you use this website. These cookies will be stored in your browser only with your consent. You also have the option to opt-out of these cookies. But opting out of some of these cookies may affect your browsing experience.
Necessary Always Enabled
Necessary cookies are absolutely essential for the website to function properly. These cookies ensure basic functionalities and security features of the website, anonymously.
SAVE & ACCEPT

Please confirm you want to block this member.

You will no longer be able to:

Please note: This action will also remove this member from your connections and send a report to the site admin. Please allow a few minutes for this process to complete.

You have already reported this
Clear Clear All